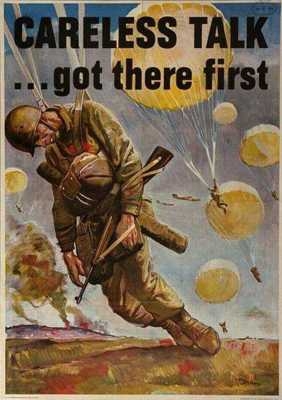 The day after the Japanese attack on Pearl Harbor, Roosevelt suspended naturalization proceedings for Italian, German, and Japanese immigrants, required them to register, restricted their mobility, and prohibited them from owning items that might be used for sabotage, such as cameras and shortwave radios. In general, Italian and German aliens received lenient treatment, while Japanese aliens suffered gross injustices.

The United States and the Holocaust

The images are indelibly etched into our collective memory: slave laborers with protruding ribs; piles of hair; and bodies heaped like kindling. During World War II, Nazi Germany and its allies systematically exterminated approximately six million Jews. No more than 450,000 to 500,000 Jews survived World War II in German-occupied Europe.

Despite efforts by retreating Nazis to destroy incriminating evidence, meticulous German records allow us to document the number of people killed. In 1943, Heinrich Himmler, a top Hitler aide, stated that, "We have the moral right...to destroy this people," and called the extermination program "a glorious page in our history."

The Nazis operated six death camps in Eastern Europe between December 1941 and the end of 1944: Chelmno, Belzek, Majdanek, Treblinka, Sobibor, and Auschwitz. At Auschwitz in Poland, gas chambers and crematorium ovens killed 20,000 victims a day. Zyklon B crystals were injected into gas chambers by small openings in the ceiling or on the side of the wall. Altogether, 1.6 million people were killed at Auschwitz--1.3 million were Jews and 300,000 were Polish Catholics, Gypsies, and Russian prisoners--and their ashes were dumped in surrounding ponds and fields. The ashes of about 100,000 people lie in a small pond near one of the crematories.

As early as June 1942, word reached the United States that the Nazis were planning the annihilation of the European Jews. A report smuggled from Poland to London described in detail the killing centers at Chelmno and the use of gas vans, and it estimated that 700,000 people had already been killed.

Anti-Semitism fueled by the Depression and by demagogues, like the radio priest Charles Coughlin, influenced immigration policy. In 1939, pollsters found that 53 percent of those interviewed agreed with the statement "Jews are different and should be restricted." Between 1933 and 1945, the United States took in only 132,000 Jewish refugees, only 10 percent of the quota allowed by law.

Reflecting a nasty strain of anti-Semitism, Congress in 1939 refused to raise immigration quotas to admit 20,000 Jewish children fleeing Nazi oppression. As the wife of the U.S. Commissioner of Immigration remarked at a cocktail party, "20,000 children would all too soon grow up to be 20,000 ugly adults." Instead of relaxing immigration quotas, American officials worked in vain to persuade Latin American countries and Great Britain to admit Jewish refugees. In January 1944, Secretary of the Treasury Henry Morgenthau, as the only Jew in the Cabinet, presented the president with a "Report to the Secretary on the Acquiescence of this Government in the Murder of the Jews." Shamed into action, Roosevelt created the War Refugee Board, which, in turn, set up refugee camps in Italy, North Africa, and the United States.